In the third of a three-part series expat Kiwis challenge their second-rate status: Labour Party foreign affairs spokesman Phil Goff goes in to bat with his Australian government counterparts hoping to get a fair reciprocal deal for tax-paying New Zealanders living across the Ditch.

A fresh attack against the discrimination of New Zealanders in Australia will be heard soon in Melbourne, targeting the basis that underpins most of the rules excluding expatriate Kiwis from government support, aid and emergency programmes in the states.

Meanwhile, a New Zealand politician is lobbying his Australian counterparts about changing laws to allow New Zealanders a fair go.

The Melbourne case comes amid renewed warnings of an emerging permanent underclass of New Zealanders whose children are effectively shut out of higher education, with many facing poverty, homelessness and rising crime rates.

The challenge has been launched against Public Transport Victoria, which now refuses concessionary travel to New Zealand students, including school pupils.

Concessionary travel was withdrawn because under the federal social security rules introduced in February 2001, New Zealanders arriving in Australia are issued with Special Category Visas that define them as “temporary” residents.

The temporary status continues regardless of how long New Zealanders live in Australia – the right to indefinite residency remains – and extends to their children.

Under the rules expatriate Kiwis on “non-protected” visas are entitled to a number of federal family payments and MediCare, but are excluded from the dole, parenting payments, youth allowance, disability support pensions, student loans and a range of other programmes.

State Governments have used the federal exclusions and the definition of New Zealanders on non-protected SCVs as temporary residents to shut them out of state-based programmes including disability support services, and public and emergency housing.

The Victorian case will be important to advocates arguing that the rules are discriminatory, contravening not only state anti-discrimination legislation but also a number of international treaties.

They claim the list includes conventions on children’s rights, economic, social and cultural rights, and the elimination of all forms of racial discrimination.

The Victorian Ombudsman has found that the definition of permanent residency used to determine eligibility for concessionary travel is open to interpretation.

New Zealand Labour Party foreign affairs spokesman Phil Goff said he had been meeting Australian MPs over the past year to lobby the case of expat Kiwis – and would be pressing harder this year.

“New Zealanders on average work harder and make more of a contribution than any other migrant group in Australia,” he said.

And Australians moving to New Zealand could gain full residency.

“I have no problem with Australians having rights here, but I expect that to be reciprocal.”

But Mr Goff said he wanted to see a five-year period after which New Zealanders living in Australia could gain fuller rights.

There were also small changes that would help, such as letting Kiwis access their Australian superannuation savings in emergencies.

In 2001, as the Australian Government was looking to introduce the new rules, it had asked New Zealand to pay $1 billion a year to cover expat Kiwis’ social security benefits, Mr Goff said. “We said, ‘hang on a minute’.”

Expat Kiwis were paying $2.5 billion in taxes to the Australian Government.

“You can’t enjoy the work done by people brought up and trained in New Zealand and expect the New Zealand taxpayer to meet the costs.

“Logically you win the argument but there’s no constituency who’s pressing for the change.”

Because New Zealanders living in Australia were disenfranchised from voting, they had no political influence,” he said. “I think ultimately the system is unsustainable because it’s patently unfair.”

“Give people a fair go – we’re not standing up for bludgers or people ripping off the system,” he said.

However, Foreign Affairs Minister Murray McCully said it was up to the Australian Government to make the rules for New Zealanders living in Australia.

“New Zealanders have the freest access of citizens of any country to live, work or study in Australia,” he said.

“It is up to each country to determine its own immigration and social security requirements. New Zealanders emigrating to other countries give up some of the entitlements of living at home.”

The Government was aware of some problems faced by New Zealanders in Australia, and it talked to the Australian Government about issues as they came up, he said.

Earlier attempts to ban expatriate New Zealanders from jobs with the Victorian Police and the Melbourne Fire Brigade on the basis of residency were dropped after advice from the State Government Solicitors Office.

TAFE funding for expat New Zealand students was also was restored in Victoria after the state’s Equal Opportunity and Human Rights Commission accepted a complaint of discrimination.

The exclusion of New Zealanders on the basis of visa status has also been successfully challenged in Western Australia, where a ban on disability care was reversed after the family of 10-year-old Asperger’s syndrome sufferer Abdurahman Ismail successfully claimed discrimination.

But in Queensland the new Liberal National Government is about to shut the door on similar challenges by amending its Anti-Discrimination Act to allow New Zealanders to be refused support.

The move followed the Government’s decision to settle a challenge brought by expat Hannah Campbell out of court, following an argument which the Civil and Administrative Tribunal said had presented a strong case of direct discrimination based on nationality.

Ms Campbell, 20, arrived in Queensland with her family in 2006 and was denied disability support despite requiring full time care for cerebral palsy.

The amendments to State anti-discrimination law were slipped without notice into a bill creating boot camps for young offenders and protects the Government from future, similar claims.

State Parliament’s legal affairs and community safety committee, which was given only three weeks to consider the bill, said the amendments were necessary to protect “finite government resources”.

The committee’s report said the bill was designed to “minimise any legal risk following recent litigation against the State”, rejected claims it breached human rights treaties and, despite criticism from its own Anti-Discrimination Commissioner, recommended the amendments be passed.

The present Racial Discrimination Act outlaws discrimination based on country of birth, but does not include nationality.

The new legislation will ban discrimination based on nationality or citizenship only if it is connected with work-related areas, again enshrining the exclusion of “non-protected” New Zealanders from the federal safety net.

Beating the odds wins against discrimination

Monday: When the dream turns sour
Yesterday: Held back by Aussie law
Today: Victories against discrimination 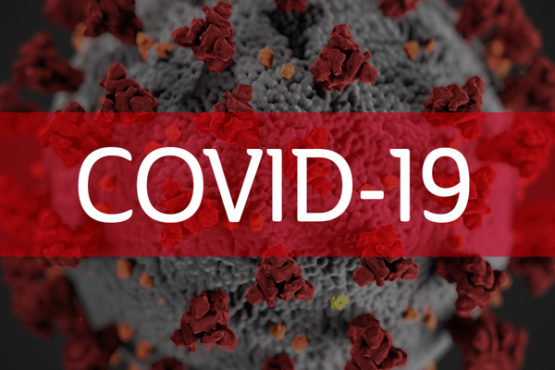 Know your options in times of currency volatility

Do you have to pay tax on money transferred from overseas?